Government Impact on the Economy

As a society with a market-based economy, the government has three broad mandates:

On the face, only one of these implies direct intervention in the economy, but all three are interconnected with the economy as a whole. This means every action taken by the government will have some impact on the economy, big or small, intentional or incidental.

The government tries to promote economic growth through fiscal policy – meaning how it levies taxes and allocates spending both to balance its own budget, but also promote broader economic growth. You can read more about how it works in our article about Fiscal Policy.

Common Defense can also fall into this category – the government will contract out companies to build arms, and directly hires tens of thousands of people for the Armed Forces. This acts as a direct injection of money into the economy, and a huge boon for the labor market as a whole. 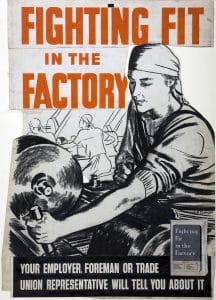 One of the biggest factors that ended the Great Depression was the outbreak of World War II. When war was declared, it caused a dramatic shift in the way the government was spending money, and simultaneously transformed the workforce. Unemployment went from near 30% of all potential works down to almost zero, partially because the army drafted millions of people into military service (removing them from competition for potential jobs), but also because there was a dramatic increase in spending to private companies to build weapons, farmers to grow food for the allied armies, and dozens of other industries for war materials.

When the war ended, the returning soldiers did cause a brief spike of unemployment, but since millions more of people were getting regular paychecks for several years, the rate of savings and investment was high enough to result in long-term growth through the 1950’s. This is one of the most direct examples of a fusion of military and fiscal policy.

Fiscal policy and military actions aside, the government will directly intervene in the economy in cases of social injustice. Government manipulation of the economy usually comes about due to social injustices, market failures, social protection, and negative externalities.

An economic “social injustice” happens when a person or group is either completely left out of the benefits for, or is actively harmed by free market forces.

One of the most basic forms of this kind of economic intervention is anti-discrimination laws. Under a completely free capitalist economy, employers, landowners, and business owners would have full say on who or who they do not do business with. In the past, this could lead to severe cases of discrimination, where some groups of people would be completely cut off from most business, places to live, and potential jobs. Anti-discrimination laws were put into place to correct this – putting limits on the reasons why jobs and services can be denied.

A “Market Failure” happens when the free market results in an allocation of resources that is less than efficient. To understand a market failure, it helps to look at a concept called Pareto Efficiency.

In a “Pareto Efficient” system, nobody can be made better off without making at least one person worse off. Lets look at an example:

Alice works at a dairy farm and sells milk at a nearby market. At the end of the week, she has two gallons of extra un-sold milk. Meanwhile, Bob works at a bakery at the other side of town, baking cookies, and selling them out of his own shop. At the end of his week, he has two dozen extra unsold cookies. 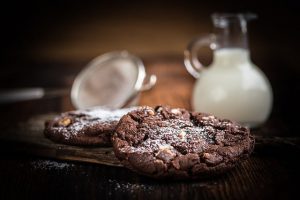 Alice would rather not drink two gallons of milk by herself, so she pours out a gallon and drinks the other over the weekend. Bob cannot eat two dozen cookies dry, and so he ends up throwing 1 dozen away, and eats the other dozen over the weekend. However, if they were able to make a trade, both would be better off – this would be a “Pareto Improvement”, since both are made better off with nobody worse off. The only reason they do not trade to begin with is because each did not know the other was even available for a trade. This is a Market Failure due to incomplete information.

Pareto Efficiency and Pareto Improvements do not say anything about the fairness of the increase – a different Pareto Improvement would be if Alice simply gave Bob a gallon of milk for free, and Bob keeps all his cookies. Bob is made better off, while Alice is no worse off (she was going to pour it out anyway).

Pareto Improvements and the Economy

Pareto Improvements get harder to spot the bigger the economy gets, because it gets harder to see the full impact of a change. For example, many advocates of higher welfare benefits argue that every dollar that gets spent in social benefits by the government gets returned in extra tax revenue by driving economic growth. Governments try to find “Pareto Improvements” to the economy before trying to actively redistribute wealth.

Another type of government intervention in the economy is social protections. Unlike social injustices, social protections are necessary when companies or individuals might harm others due to incompetence, negligence, or fraud. An example of this is the requirement for all doctors to be licensed – this means there is dramatically fewer doctors than would normally be trying to practice medicine if there was no licensing requirement, but it also means going to the doctor is much safer.

Another example of social protection is the regulation of the finance industry. There are strict laws in place about how companies can list stock on stock exchanges, and strict rules about how they need to publish financial reports for investors. This is designed to prevent market failures due to incomplete information, and make sure investors know what they are buying. For individual investors, financial advisors and planners need to be licensed, as do mortgage brokers, and most other financial jobs. This is all to help make sure consumers are getting complete information, reduce fraud, and increase accountability. 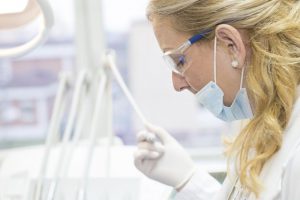 The impact of social protections are usually unbalanced between those who benefit (or are harmed) from the change, and those who are protected by the regulation. For example, when states began requiring Barbers to get a license in order to cut hair for money, many barbers switched professions, and the remaining ones increased prices between 10% and 15%. This was a huge impact on barbers – some lost their jobs, while others saw a big pay increase. For everyone else in the economy, there was so little change that it may not have been noticed.

This unequal impact means that the groups that tend to benefit the most from adding or removing certain regulations are disproportionately “loud” when lobbying the government for change. A case of this working poorly would be the deregulation of financial derivatives markets in the 1980’s – some big investment banks were able to profit enormously, while no-one else noticed much of a difference. In the meantime, the deregulation set the stage for the financial crisis 20 years later.

The government also passes rules and regulations to address negative externalities, or costs that a business might be causing to the rest of the economy. The classic example of a negative externality is pollution – the government will force companies to stop polluting and pay for clean-up, which is a cost they otherwise could simply ignore.

Other types of negative externalities can be specific to individuals. For example, children born into poverty are many times more likely to grow up poor themselves than a child of the same ability born into a rich family. To address this, the government subsidizes education, provided scholarships, and runs welfare programs to try to somewhat level the playing-field and give more people the chance to succeed.