What is the New York Stock Exchange? 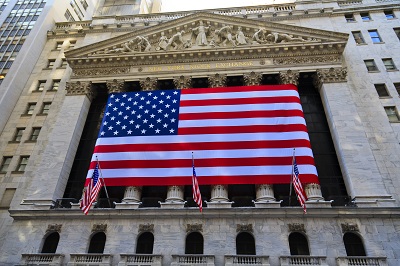 The New York Stock Exchange (or NYSE) is the largest stock exchange in the world. Think of it as an organized, fast-paced flea market where buyers and sellers from all over the world come to trade U.S. stocks (and now some foreign shares as well). It is where over 2,800 of the biggest U.S. companies have their shares listed. On average, over 1 billion shares are traded each day. It is located on Wall Street in New York City.

Before the New York Stock Exchange became as powerful as it is today, it started as a group of merchants meeting near a buttonwood tree in the late 1700s to trade bonds (from cities, states, and even revolutionary war bonds), and a few stocks from the growing businesses in New York City. These merchants met near the intersection of Wall Street and Broad Street until they pooled their resources in 1817 to rent a building on Wall Street so they could continue to meet and get out of the cold and rain. This building became the first New York Stock Exchange (NYSE).

During the 1800s, the industrial revolution began sweeping across the country and the NYSE was at the center of financing its growth. Thousands of businesses were started and needed access to cash to finance their growth. Many of them sold stock on the NYSE to raise capital to build factories and expand. The first half of the 19th century also saw a huge boom in canal building; canal construction was financed usually partly through government funding (which was raised by selling bonds) and by selling stock in the canal companies to investors (which was sold in stock that paid dividends based on the canal tolls once completed). By the 1840s, canal companies were replaced with railroad construction, which was almost entirely funded by the sale of stock.

It was during the railroad boom that the NYSE transitioned from being centered around bond trading to being mostly focused on the buying and selling of stock. However, it was not just because of the railroads that this transition took place: the invention of the telegraph allowed the news of stock prices to reach investors immediately, rather that waiting for newspapers and other publishers to compile lists at the end of the day or week (which often would not include anywhere near all of the stocks currently on the market). This also allowed buyers and sellers across large distances to trade relatively easily, since it could be done through brokers in respective cities who specialized in trading.

The industrialized companies with their huge growth (and so potentially very valuable stocks) were the biggest reason investors on Wall Street began to move into stock trading rather than bonds. With a bond, the yield is usually based on the likelihood that whoever is borrowing the money will “default”, and fail to pay it back. Stock prices are based on the expected future profits of the business they represent ownership of. Before the industrial revolution, most businesses outside of very large trading organizations grew very slowly and usually did not issue any public stock at all. For most investors, buying bonds was either risky (because of a risk of default) or had fairly low yields, and was the only option available. Industrial companies often promised big growth and big profits, and were eager to sell shares to the public to raise capital quickly (so they could start business faster), encouraging new investors to take part. The huge boom of growth in canal and rail stocks carried over to other industries, and has grown ever since.

The NYSE was the center of some of the most important economic events in the United States, including the extremely well-known “Black Thursday” in 1929, which is one of the events that started the Great Depression.

The NYSE is still the largest stock exchange in the world, and will likely continue to be for a very long time. Traders from around the world still meet to trade on the NYSE floor, but as more and more trading by large financial firms is done completely electronically, and more individuals are trading stocks using their online brokerage accounts, the NYSE and Wall Street act as a global symbol for investment and the financial world.

One response to “What is the New York Stock Exchange?”