Why Stock and Bond Prices Move 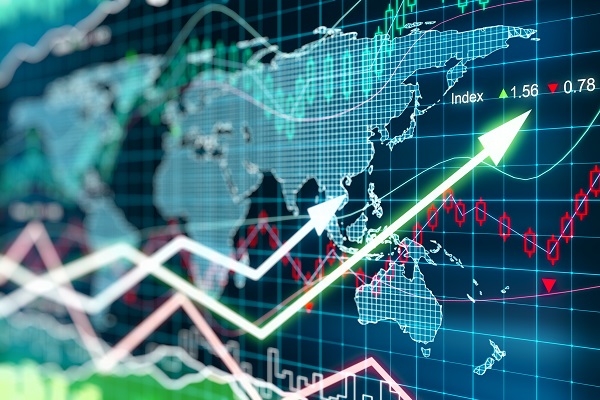 Stock and bond prices move up and down every day, sometimes by very large amounts. If you want to start investing, the first thing to understand is why these price movements happen, and how to plan for them.

If you look at the stock for any public company you will often see a line graph that depicts how prices change every day. You may see sharp movements in certain stocks while others have smaller shifts. Stock prices are the reflection of the present value of future earnings expectations. The present value of future earnings is divided by the total number of shares that were issued by the company. In other words, the stock price reflects the expected performance of a company at some point in the future.

To see how the process works, start from the beginning: the investment bank that oversees a stock’s IPO.

Investment banks are multi-tiered corporations that enable companies to have their stock traded on a public market. Examples of famous investment banks include Goldman Sachs GS, JP Morgan JPM, UBS, among others. Any public company you can think of today was once held privately. They used the services of an investment bank to become a publicly traded stock. The process to become publicly traded is known as an initial public offering, or IPO for short. Once a company is listed on a public market anyone can buy, sell, or trade the stocks. 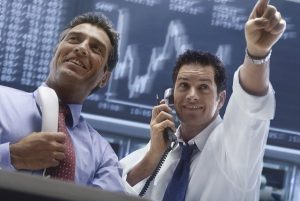 The process begins with a company discussing the pitch for an IPO with bankers. The company selects book runners and co-managers who will be responsible in selling the newly issued stocks for the primary bank. The company must file the registration forms and discuss the timing of the IPO. The bankers then conduct due diligence, a process by which they speak to customers, do research and analysis on the industry and trends, figure out the legal situation, and sift through the financial statements and make sure there are no irregularities. The S-1 form is filed after the due diligence, which releases the historical financial statements, key data, and other information investors would like to see before making a purchase decision.

The pre-marketing stage involves bankers speaking to investors regarding the company and industry in order to determine a price range to sell the initial stock offering. The final price will be set after more conversations with investors. Banks will then allocate shares to different investors prior to the first day of trading. Once shares are allocated, investors can now buy, sell, and trade to each other while the general public can begin to purchase shares.

The period following the IPO is often considered the most volatile period in a stock’s history because of investor sentiment. Investor sentiment is how large-scale buyers of stocks feel about companies, industries, and the market as a whole. Investors are typically large financial institutions that employ economists, analysts, and industry experts who drive the appetite of a specific stock or industry.

Investors that are bearish are under the assumption there will be a decline in the stock or market. Bullish investors anticipate growth in a specific stock or the market. Investor sentiment is driven in part due to earnings.

After the IPO, a stock’s price movements are dominated by earnings, both realized and expected.

Earnings reports are made available to the public to announce a company’s most recent historical performance. Quarterly reports feature the previous three months, while annual reports provide a snapshot of the most recent year. These reports feature commentary from the company about initiatives and projections moving forward.

The one metric that affects stock prices almost immediately following these announcements is EPS (earnings per share). This represents the portion of the company’s profit that is allocated equally to each outstanding share. Analysts converge to create a consensus estimate regarding the EPS of each company during each quarterly announcement. If the actual EPS is greater than the estimate there is usually a spike in the stock price. If the company misses the estimate there is likely a decrease in stock price. Additionally, within the reports there may be other metrics that investors look at which may also cause a swing in either direction. 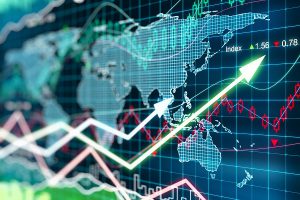 Finally, stock price fluctuations deal with the concept of risk. There are two types of risk, systematic and unsystematic. Systematic risk is an event that can affect the stock market as a whole. Unsystematic risk is specific to the company or industry. Beta is the measure of the volatility a stock has in comparison to the market as a whole. A beta greater than 1 represents a stock that will move higher than the market in periods of growth but decrease more in periods of decline.

Systematic risk includes events such as wars, interest rate fluctuations, recession, and geopolitical occurrences. These events tend to affect all stocks regardless of company specific performance and growth prospects. Systematic events can be looked at as disruptions to the market and cause a downward shift in stock prices.

Unsystematic risk includes company or industry specific events. For example, companies that produced radios were at risk when TVs became popular, companies that grow and sell vegetables are affected when there are weather events such as droughts or hurricanes that destroy their crops. These risks can greatly affect a stock and often cause sharp declines in prices.

While stocks, or equity, are one way for a company to raise money, debt is another. Debt for a company is often raised in the form of bonds. Bonds are issued by large corporations such as Apple or Amazon, by cities such as New York or Los Angeles, by states such as Illinois or Florida and by countries like America, or Brazil. Bonds are issued by the entity and bought by the investor. Over time the entity will pay back an interest rate known as the coupon in addition to the principal. All bonds are issued at a par rate. This is the price of the bond when it is issued. 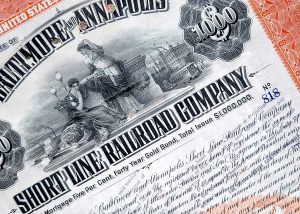 For example, let’s say Apple needs $100M to build a factory and decide to issue bonds with a maturity date in 10 years. Apple would identify an interest rate at which investors are confident with lending money. If the interest rate is 5%, Apple would need to give the investors 5% of the borrowed amount every year until the maturity date of the bond, the year the money will be returned. Bonds are usually issued in denominations of $1000.

Bond prices, much like stock prices, experience fluctuations. The first and major implication is interest rate risk. Suppose you invest in a corporate bond that pays a fixed interest of 5% until maturity while the central bank interest rate is 2%. If the central bank rates rise while you own the bond to 4%, the price of your bond will fall.

This is because investors are always comparing the risk and return of your bond with anything else they could be investing in. If your bond pays 5% compared to the central rate of 2%, you are earning a 3% premium. If your premium drops to 1%, fewer other investors would be interested. Interest rates have an inverse relationship with bonds, as rates rise bond prices fall and vice versa.

A second factor in bond price fluctuation is inflation. Inflation is when the value of currency decreases over time. If a bond is paying a coupon rate of 5% on a $1000 bond, over 10 years the value of the coupon is worth less in the 10th year then the current one. As a result, the effective yield is lower as the market price of the bond decreases. As a result, we have a second inverse relationship, as inflation increases bond prices decrease, and vice versa.

Lastly credit ratings affect the price of bonds and cause fluctuation in prices. Credit Rating Agencies such as S&P Global Ratings, Moody’s, and Fitch conduct investment analysis on companies and assign independent debt ratings. Ratings go from AAA, which indicate a very low probability of failing to make bond payments to investors, to D a complete default of the debt. When the debt rating for a company goes up, the price of the bonds increase accordingly, and any new bonds they release will have a lower interest rate. A downgrade is followed by bond prices falling, and any new bonds issued coming with a much higher interest rate.