International Trade is the system under which businesses, individuals, and governments trade goods and services. This exchange from many different National economies is what makes up the Global economy.

When we talk about international trade, we usually think in terms of imports (the goods and services a country buys from outside) and exports (the goods and services one country sells to the rest of the world). When a country exports more than they import, they are said to have a “trade surplus” – this means more money is flowing into the economy than flowing out. If a country has a “trade deficit”, more money is flowing out than in. 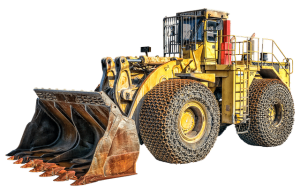 Trade deficits need to be funded by either trying to increase exports in the future, or through saving and borrowing. Since this pulls money out of the economy, the economy needs to grow at a higher pace to account for the loss. Having a trade deficit is not necessarily a bad thing. For example, developing countries may run a trade deficit while importing high-tech communications materials and construction equipment, which is used as the foundation for future growth. While they may have a trade deficit every year on paper, the growth it generates can result in a long-term net benefit.

Trade surpluses, on the other hand, act as extra cash being added to the economy. This can act as a direct injection to fuel growth, allowing companies in this country to re-invest the profits to grow. However, too big of a trade surplus is also dangerous. This is because if more cash is being added to the economy than is being used to drive growth, it will cause higher levels of inflation. Generally speaking, countries with large trade surpluses re-invest the profits in the long run through imports. Just like yearly trade deficits, most countries try to level out their trade surpluses in the long run.

International trade happens when it is more beneficial for one country to buy a good or service from another country than make it themselves. This happens because of Comparative Advantage and Specialization.

In Japan, this makes gasoline more expensive because it needs to be imported. This has encouraged their car makers to focus on building smaller, more fuel-efficient cars compared to American car makers. This is an example of specialization – a focus for one company or economy to actively develop one of its industries in one area that makes it different from the others. Once an industry becomes specialized, it gains its own comparative advantage relative to other countries.

In the real world, this presents a perfect opportunity for international trade – the United States exports oil and gas to Japan, and imports small fuel-efficient cars and car parts. 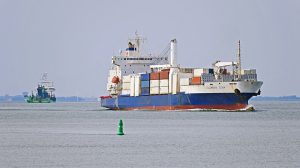 How close countries are geographically also plays a major role in international trade, specifically because of shipping. It costs a lot more to ship goods farther distances. In fact, big countries may import and export the same goods to and from different places. The United States exports oil to Japan from its oil fields in Alaska, while simultaneously importing oil from Canada. The Alaskan oil fields are much farther away from American oil refineries than the Canadian oil fields in Alberta, so both countries benefit by the import/export arrangement.

International trade means that each country can benefit from the specialization and comparative advantage of other countries. In the example above, Japan could try to replace oil with another fuel source it creates domestically instead of importing, but this would cause a massive increase in prices.

Likewise, the United States can drive more of its own resources into developing smaller and more efficient engines, but this would drive up the cost to its consumers. This means international trade drives prices down, which is a big benefit to consumers. 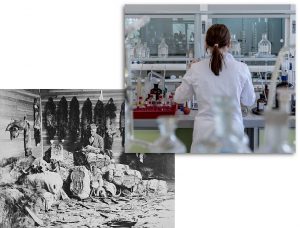 Trade is also an essential component of growth for developing countries. Many developing countries use an “Extraction and Industrialization” growth model. For example, Canada used to be famous for exporting animal skins, gold, and lumber. The Canadian Economy used these exports to import industrial machines in the 1800’s, which they used to build railroads, schools, and cities.

Over time, the resource extraction started to be less important than the other industries that they had built, with more of the economy becoming diversified over a wide number of fields. Today, the Canadian economy still does have a significant amount of mining and oil production, but it is also a world leader in biotechnology, computer science, and medical research – specializations they were able to develop by first using their natural comparative advantage through international trade.

When two countries trade, they both benefit. However, these benefits are not felt equally. In the example of Japanese and American oil and car trade, American consumers benefit from cheaper, fuel-efficient cars, but American car manufactures lose business and profits.

Some governments put restrictions on international trade in protect their own industries.

Reasons for Barriers to Trade

There are three main reasons why countries put up barriers to international trade. 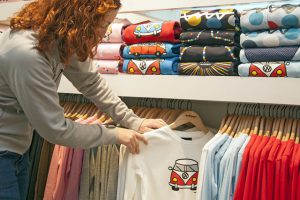 One country may be intending to specialize in the production of some good or service, but they do not yet have a comparative advantage on the international market. For example, Indonesia is one of the world’s leaders in the production of fabric and textiles, but 30 years ago they were just starting their development.

To encourage the industry to grow, the Indonesian government restricted imports of textiles from other countries by putting on heavy taxes. These taxes were then used to buy their own production equipment, and subsidize their own domestic textile industry. This allowed Indonesia to develop its own industry, shielded from international competition. This, in turn created new jobs and investment opportunities, with the idea that the long-term growth generated from specialization will be greater than the short-term cost to consumers to pay more for clothes.

Countries also restrict trade when they believe the other trading partner has an “unfair” comparative advantage. For example, when Indonesia applied its tariff to textile imports and used the profits to subsidize its own production, China saw this as an unfair burden to its own textiles industry and applied its own tariff to Indonesian imports. 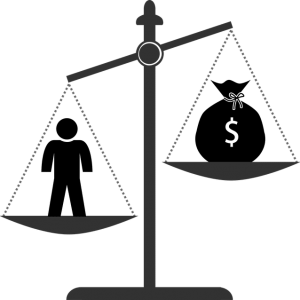 In these textile scenarios, the customers are the clear losers (faced with higher prices) and the domestic businesses are the clear winners (enjoying higher prices and subsidies to grow). However, it is not an even split. Most customers will only notice prices going up by a small percentage, while the affected businesses will see their profits soar.

This means these companies have a big incentive to lobby the government for stronger protections, while consumers may not even realize what they are missing. When the government is evaluating tariffs and restrictions, the businesses who gain are usually very loud proponents, while average citizens may not even be aware what they are losing. If the effort to specialize does not result in long-term growth, it can mean a handful of powerful businesses simply profit at the expense of a large number of consumers.

To combat unfair competitive advantage, retaliatory tariffs, and special interests, countries will enter into Free Trade Agreements. These agreements severely limit the types of tariffs that can be put in place, with clear rules for both parties.

Different countries use different currencies, which can cause problems with international trade. Every time a country imports a good, it needs to exchange some of its own currency for the currency it needs to make the trade.

The market for currencies is known as “Forex”. Every currency trades against all other currencies to find equilibrium prices. If you have heard that the U.S. Dollar is getting “Stronger” or “Weaker”, it refers to how it is trading in the Forex market.

Strengthening and weakening of currencies plays a huge role in international trade. For example, imagine a shop in France that sells glassware. They normally charge 10 Euros for 100 glasses. If an American company wants to buy these glasses last year, they would pay $10, and get 100 glasses.

However, to buy those same glasses next year, it only costs the American $9, because the dollar got stronger. This means if a currency gets stronger, it gets easier to import from other countries.

Conversely, if a currency gets weaker, it means it is easier to export. Over that 1 year, the French glassmaker’s prices dropped by 10% for Americans. American glass manufacturers will start to lose business to the French imports, even though nothing about the actual production costs changed in either country. 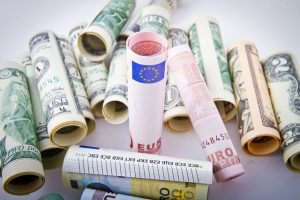 This means that countries trying to boost its own economy will try to “weaken” its own currency by using government resources to buy up many other currencies, driving up the price of other currencies and driving down the price of their own. This makes it easier for their own businesses to export, while automatically making it more expensive to import from outside. Weaker currencies generally favor businesses by raising prices, while stronger currencies benefit consumers by lowering prices.

The international community does not like currency manipulation – there are many international treaties in place to restrict how governments can buy and sell each other’s currencies to try to prevent it.