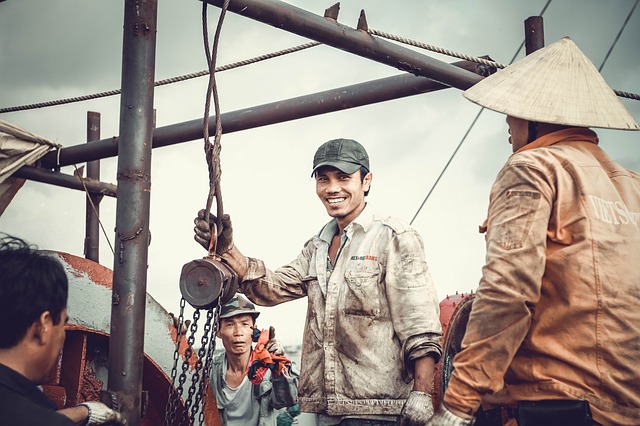 “Labor” is how much a person works. It is the use of time and exertion of effort to produce something of value. Generally speaking, the more valuable a person’s labor is, the higher their wage. 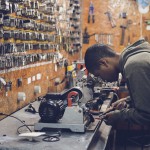 Each person starts off as an Unskilled Worker, meaning they do not have any specific training or professional skill sets that set them apart from any other worker. If a person goes to school or gains enough experience to become a Specialist or Expert, they become a Skilled Worker (read our article on Specialization for more details).

Skilled workers almost always earn higher wages than unskilled workers, but both groups have specific pressures that push their wages up or down.

Economics In Action!
A person who has particular training and expertise is only considered a “Skilled Worker” when they are actually using those skills as part of their job.

If a person has two master’s degrees in Engineering, a doctorate in Biology, and completed trade school to be an Electrician, they would still be considered an Unskilled Worker if they currently have a job as a pizza delivery driver.

There are two factors that contribute to higher wages for skilled workers – labor market competition, and labor productivity.

Skilled workers have skills that most people do not. This means that any time a new job posting arises that requires a particular skill, the Skilled Workers who have it have less competition for that post. As a person becomes more specialized with a more and more narrow focus, they typically have a much higher chance of getting a job that fits their particular qualifications. 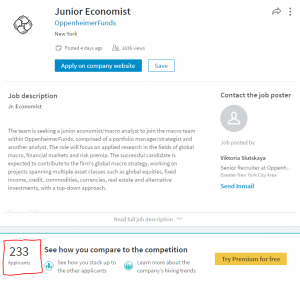 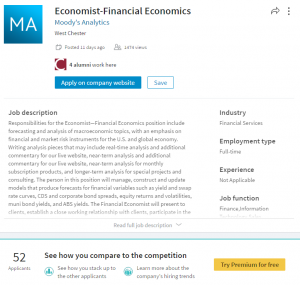 The Junior Economist has far more people who have those skills, where the Financial Economist has a lot less. Since there are so many people applying for the Junior Economist job, the company that is hiring can offer a lower wage, since the potential employee can be more easily replaced. The Financial Economist, on the other hand, requires more skills and the company would have a harder time replacing a candidate that gets a better salary offer elsewhere, so this job likely offers a higher wage.

The wage of Skilled Workers also goes up as the value of what their labor produces increases. If the skills you bring to a job creates more value and more profits for your employer, you will typically be able to earn more money than someone who adds less value.

Sales people in particular have a direct link to their productivity in the form of Commissions. More effective salespeople are able to sell more and higher valued products, so companies offer a percentage of their total sales as a bonus to the salesperson as motivation. Other companies offer Profit Sharing, where a percentage of profits is distributed to all the workers, or Stock/Investment Options, where employees can earn company stock, which goes up in value when the company is performing well.

Skilled workers do not always stay ahead of the game forever, there are some important changes that can cause the wages of particular skilled workers to fall quickly.

Changes to the Economy

A horse caretaker used to be an extremely important skilled job in the economy, but almost overnight after the Ford Model T car was invented, city streets were emptied of horses entirely. This can be what happens when a formerly valued skill becomes redundant by a technology or an overall economic change – the market demand of those skills starts to fall, and the wages of the people with those skills falls with it.

Changes to the Labor Market 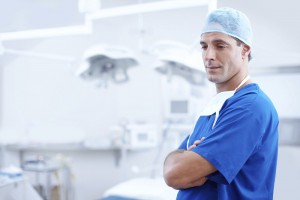 Doctors are almost always in demand, but only if they keep their skills up to date.

In the 1950’s and 1960’s, very few people held college degrees in business. This meant that the people who had those degrees had a huge advantage when they were looking for a job. Since then, millions of people “Caught On”, and people are graduating with university degrees in more numbers than ever before. This means that these skills are becoming “Cheaper” for employers, since far more people have them.

This is a pressure that pushes wages for each skill down, since it becomes less “Rare” to find someone who has a general university education.

Unskilled workers, by definition, do not have expertise that will set them apart from any other worker, so they will generally be applying for the same jobs as all of the other unskilled workers in their area. While an Unskilled Worker is able to apply for a very wide variety of jobs, because there are so many others applying for the same jobs, it tends to push the wages down, since each individual worker can be easily replaced. There are some particular economic mechanisms that can cause the general level of unskilled wages to increase or decrease.

Labor unions started in the 19th century as a way for workers in the Industrial Revolution to fight back against employers who had unsafe work practices, extremely long work days (12+ hours a day, 6 days a week), and extremely low pay. They still work today to try to protect the rights of the workers and secure better wages and working conditions across many industries.

The government has also mandated that all workers must be paid a minimum wage. This is to set a minimum standard of living for all workers in an economy, and a floor that ensures that all workers are earning at least a base amount of money per hour of work. Minimum wage laws were first passed in the early 20th century, partially as a response to labor strikes to try to make sure that labor unions were not the only organization trying to promote the welfare of unskilled workers.

Generally speaking, when the average wage for unskilled workers starts to go up, more people are willing to work, but companies are less willing to hire more people.

Wages get Too High

This is the constant balance being made with labor unions and minimum wage laws. If the labor unions force the wages and benefits in a company too high, that company will be less willing to hire new workers because they earn less profit on the productivity of each person they hire. If minimum wage laws increase, unemployment also tends to increase in the short term, since fewer of the lowest-paying jobs are created.

Unskilled workers also see a lot of tasks that were once accomplished by hired workers now being done by machines. More advanced computers and robots are able to do some of the more repetitive tasks for cheaper than it would cost to hire someone for the same job (like dishwashers, or robots that automatically vacuum carpets). The more advanced technology gets, the more it generally hurts the wages and employment rate of the most unskilled workers.

Economic Changes That Effect Everyone

There are also some big changes for the economy that can impact the wages of large groups of people at once.

Changes in Tastes and Preferences

If, all of the sudden, everyone woke up and decided they preferred Pepsi over Coca Cola, Coca Cola sales would drop by a huge amount overnight. This means that the actual revenue generated by employees of Coke would fall just as fast, and wages with it. On the other hand, Pepsi would suddenly be making huge profits, and so they would be paying their workers overtime to keep up with demand, and hiring a lot of new ones.

Swings in the tastes and preferences around the entire economy causes smaller versions of this shift to happen every day, which impact the wages of the people making the goods on both sides of the shift.

Changes in Prices of Inputs