Economic Incentives includes anything that pushes people, businesses, and governments to do one thing or another. This includes what products you buy, what career you choose, what products businesses produce, and what government programs are put in place.

Each individual faces many economic incentives every day.

If you are in school, you have strong incentives to graduate – graduates (on average) earn more money and have more attractive careers than non-graduates. If you are working, you have a strong economic incentive to go to work every morning, since otherwise you might get fired (although this might not always be the case).

Economics In Action!
Are you going to college? What will you study? How much of that decision is based on how much you think you’ll earn, and how much is based on what will make you happiest doing it?
Intrinsic Incentives are incentives that come from inside – your own personal tastes and preferences. In other words, “intrinsic incentives” are things that motivate you because you like or dislike them.

Intrinsic Incentives are very powerful – they dictate the kind of school we pursue, what kind of jobs we apply for, how much we work at those jobs, and much, much more. It also plays a strong role in the products we buy, where we live, and who we associate with. Simply “liking” one product more than another can often be a much more powerful factor in whether or not you buy it than its price (and marketers know this!).

Extrinsic Incentives are much easier to measure than intrinsic ones – most of economics tries to measure how changes in prices and other extrinsic factors influence the economy, and overall growth.

People generally react to fairness with fairness, and unfairness with retaliation. To economists, this is called “Tit for Tat”, and researchers both in economics and sociology have spent a lot of time and effort investigating this phenomenon.

Researchers in Game Theory have shown that using Tit for Tat, or reacting to kindness with kindness, and being quick to forgive unfairness, is the “winning strategy” for people playing a Prisoner’s Dilemma game.

In this game, a player is given a big reward for betraying the other player, but if both players betray at the same time, they both get no reward. If they both trust each other, they get a smaller reward. By playing this game over and over, so you know what the other player did in the last round, researchers tested a wide range of “strategies” to see what paid off most. Tit for Tat was the consistent winner.

Click Here to read more about the Prisoner’s Dilemma. 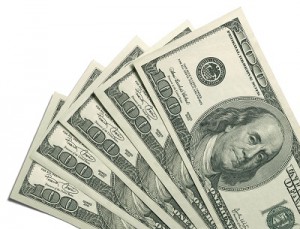 Earning profits is the primary motivation for businesses

Businesses have their own set of economic incentives – the biggest of which is turning a profit. Large corporations are owned by shareholders, and those shareholders have a primary concern that their investment remains profitable, and so there is a legal responsibility for businesses to earn as much as they can, while maintaining strong growth for the future.

This means that businesses strive to make the most profit out of what they sell as possible. This works against the individual’s incentives to buy what they need as cheaply as possible, which creates the relationship of Supply and Demand – the point where a supplier’s willingness to produce a product meets the individual’s willingness to buy it is where profit is maximized (see our article on Supply and Demand Examples in the Stock Market for details).

The incentives for profit impacts more than just prices – it also determines how much of a budget is allocated for research and development of new and improved products, and even environmental policies. If a business’s approach to the ecosystem and their community gives them a better impression to potential customers, it can lead to an increased demand for their products. 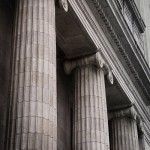 If politicians want to keep their jobs, they have an incentive to pass popular laws

The role of the government is to make life easier for the citizens, both in the short term and long term. The biggest incentives for public officials is to pass laws that benefit the most people.

This means that public officials try to pass laws that are popular, since if too many people are made unhappy, they will be voted out of office, with their laws replaced by the next set of officials. This puts an important check on government power, but it does have a drawback – it can sometimes promote policies with short-term benefits but long-term drawbacks, such as excessive borrowing that must be paid back by later generations.