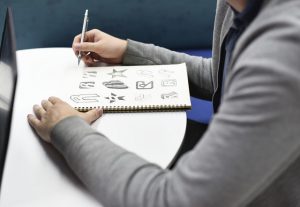 For example, if you bought a share of Sprint ( S at $5, and your initial stop was set at $4.90, your trailing stop would also have a value of $0.9 to have the same trigger. If, after the first day, the share price moves in your favor and moves to $5.10, you would recalculate your trailing stop loss by subtracting two times the value of the ATR from the new high price of $5.10. For simplicity, let’s assume that your stop size hasn’t changed, and is still ten cents wide. When you calculate your new trailing stop loss, by subtracting the 10 cents from $1.10, it would be set at $5.

How much profit have you made on this trade? The share price is at $5.10 and we entered at $5. If you thought, No, I haven’t made any money, then you’d be right on track. Remember, our stop loss strategy gives the share price a little bit of room to move.

You’re not going to exit this position until the share price reverts to $5. It is important to note that when you are valuing any open position, you should always value it based on its stop loss value, since if you were to exit this share, you would wait until that price point was breached.

The best way to understand these concepts is to print out a chart with the ATR values along the bottom. Then on the chart, identify the point where you would have received an entry signal, and mark your initial stop loss and your trailing stop loss.

As the trend progresses make sure that you recalculate the value of your stop so you can begin to get a feel for the way this method of using a stop loss works Seeing how the changes in stock price affect you trailing stop loss will give you the confidence to make them a key part of your trading system.