Penny stocks are often popular with the newer and smaller investor. These investments are classically defined as any stock that sells for less than $5.00, traded outside the major exchanges, and often traded on the OTCBB (Over-the-Counter Bulletin Board Stocks that trade on the NASD with tickers that end in an “.OB”, but have no listing requirements, very small revenues and assets, and prices that are volatile with light volume and large bid/ask spreads. ) market or on the “Pink Sheets.” In recent years, the names “nano caps,” “micro caps,” and “small caps” have also become popular to identify penny stocks.

OTCBB stocks are offered on the NASD exchange and must file financial statements with the SEC and their stock tickers usually end in an “.OB”. Since there are no listing requirements, the companies are very small in terms of revenues and assets, and the prices are usually very volatile. Volume is usually very light, which therefore creates a large bid/ask spread. The next lowest level of publicly traded stocks is called “Pink Sheets” and is quoted by the National Quotation Bureau. These stock tickers usually end in “.PK”, and their companies are usually even smaller than the OTCBB stocks.

In the U.S., penny stock designations are not decided by the “market cap” (number of shares outstanding times share price), but by market price. In the U.K, however, penny shares do often refer to small cap stocks (companies with less than £100 Million) along with their low price.

The biggest problem with penny stocks is that because of their low price and light trading volumes, penny stocks can be subject to market manipulation by criminals who conduct “pump and dump” schemes. Here’s how the scam works: a company or individual distributes misleading or outright bogus information about a company that it owns stock in. Typically, these pump and dump schemes will publish a bogus press release announcing a “revolutionary product” to be released by a company or will post a false rumor about a company in a popular Internet stock market forum.

Then, when an unsuspecting public (who believe everything they read) starts to buy a few thousand shares, just in case the story is true, the stock shoots to $1.00, and the original owners who distributed the bogus information start selling their shares into the rally. Eventually the pumping and buying recedes, and then the price falls right back to where it was originally, or even lower. The public who bought the shares is sitting with huge losses while the pump and dump scammers have made a killing.

The Securities and Exchange Commission in the U.S. is on the constant lookout for these scams and they are highly illegal, but they still exist.

Penny stocks with compelling stories are tempting to throw money at. After all, wouldn’t YOU like to own 50,000 shares of a 2-cent stock that jumps up to 50 cents when they land that first deal with Microsoft or when they get their drug approved by the FDA? That would turn your $1,000 investment into a quick $25,000 investment! The truth is that a 2-cent stock is priced at 2 cents because it is probably worth close to nothing. But as the saying goes, a sucker is born every minute and those suckers continue to have hope and that drives the stock up. Learn this old Latin phrase: Caveat Emptor = Buyer Beware! 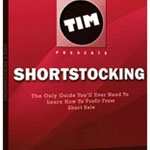 One investor who has literally made millions in busting penny stock “pump and dump” schemes is Timothy Sykes. As a teenager, he turned $10,000 into his first $1,000,000 by spotting and then shorting these pump and dump schemes.