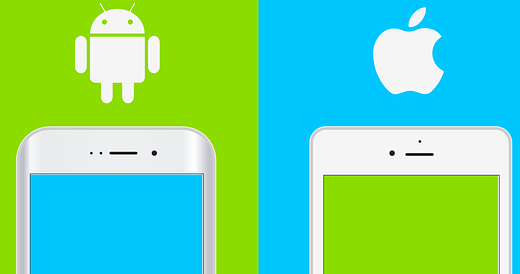 An oligopoly is characterized by a small number of sellers who dominate an entire market.

Like the more commonly heard of term ‘monopoly’, the term oligopoly is derived from the Greek words oligoi meaning ‘few’, and polein meaning ‘to sell.’

All of the firms who partake in an oligopoly are considered to be “very large in terms of profit, size and client base.

Each individual company’s actions affect the others.  These firms are in constant competition which each other and often marketing campaigns are created to directly the completion.

An oligopoly differs from a monopoly, as it is impossible for one company to exert significance power to dictate price.

Characteristics of companies that make up an Oligopoly

Competition amongst companies in an oligopoly tends to be fierce.

Emphasis is placed on volume (selling large amount of products at the cheapest price possible) since companies within an oligopoly usually offer similar products and services at similar price points.

As such, expensive marketing campaigns are a main focus of these companies, as this is usually one of the only ways to differentiate themselves from the competition.

As an example, consider the market for cellular phones in the United States.

There are four major players that account for approximately 90% of the total national cellular phone market.

All four companies offer either identical products, or interchangeable substitutes.  As an example, all four carriers offer the Blackberry smart-phone, but the specific model varies from one company to the other.

A major characteristic of firms in an oligopoly industry is the various uses of “non-price competition.”  This form of competition focuses on strategies other than price in order to win customers and increase profits.

Consider a person who wishes to purchase a new cell phone (and has never owned one before.)

As discussed earlier, all four carriers offer very similar, if not identical cellular phones and plans.

This person is likely to take a trip to the local mall, where all four carriers each have a store.  After gathering information from all four and realizing that each carrier charges approximately the same amount for their monthly plans, this person is likely to make their final purchasing decision based on other factors, since price plays no role in their decision making.

These factors may be extraordinary customer service received at one store, extended store hours, or even basing the decision on a memorable and funny commercial that this person recalled.

The size and scope of the four competing companies at a national level also illustrates an advantage of oligopoly, as competition is greater when there are more firms operating at the same level.

Imagine if three of the cell companies were only regional carriers, operating in specific, pre-determined major metropolis cities in the United States, rather than a national level.

This would completely eliminate the oligopoly status of the industry, and it would now be by nature a monopoly for individuals living in rural lower populated areas that lack regional carriers.

Prices might increase and consumers will be paying more compared to clients on a national network.

A perfect competition exists when no one company, is strong enough on its own to set it’s own terms and conditions on the market.

In an oligopoly, the main players have an incentive to collude and keep prices higher as high prices translate to higher revenue for all the players.