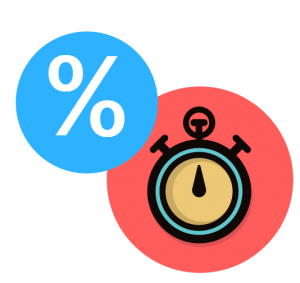 Depreciation (also known as amortization) refers to the gradual and permanent decrease in value of the assets (referred to as a depreciatable asset) of a firm, nation or individual over its lifetime.

An asset can depreciate for many reasons such as due to wear and tear or it has become obsolete.

Depreciation is a necessary concept because as a company buys a fixed asset (such as new equipment), management expects the asset to be useful and generate the necessary revenues over time.

Another reason for depreciation is that without it, fixed assets in the balance sheet will be overstated.  For example the market value of a 5-year-old piece of equipment is not worth the same as when it was purchased brand new.

How to calculate Depreciation

In order to calculate depreciation, four values are needed:

Straight line depreciation is the most often used technique and also the simplest.

The owner of the asset estimates the salvage value of the asset at the end of its useful life and expenses a portion of the original cost in equal proportions over that period and is calculated as follows:

For example, a Pizzeria purchases a new oven that is expected to perform at an optimal level for 8 years, for a cost of $8,000.  After the 8 years, the oven can be sold for spare parts for $750.

The depreciation figure implies that the book value of the oven as represented in the fixed assets portion of the balance sheet loses $906.25 in value each year.

The salvage value is not used in the calculation, as the Declining Balance Method assumes that the depreciation value at the end of the life is higher than the salvage value.

The annual depreciation rate is calculated as:

For example, the same Pizzeria has expanded its business and now offers a delivery service.

The owner brought a brand new car for $20,000, and expects to use the car for 5 years before being replaced.  The asset depreciates by a factor of 1/N as follows:

Activity Depreciation is based on level of activity rather than time.

When the asset is originally purchased, its lifetime use is estimated in terms of the level of activity.

Returning to the Pizzeria example, the owner assumes that their delivery car will be used for 60,000 miles, and can be sold for spare parts for $1,000.

The per-mile depreciation rate is calculated as:

If after 1 year, the car has been used for 13,000 miles the car would have depreciated by:

Thus, having a book value of:

The proper use of conservative and accurate depreciation rates are of concern to a company’s management.

Different accounting rules allow assets to be written off over different periods of time, and at different rates.